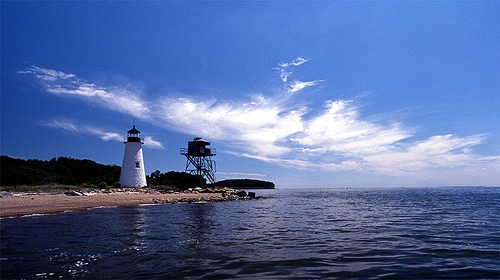 Enjoy a visit to historic Havre De Grace, our name says it all, “Harbor of Grace”. As early as the 1620’s this area was recorded on nautical charts and in short histories about the upper Chesapeake Bay and the large Susquehanna River which in the Indian language meant “river of islands”. The large island located under the Thomas J. Hatem Bridge was part of a land grant given by King James I of England. It is named Garret Island in honor of a former president of the Baltimore and Ohio Railroad.

During the Revolutionary War, this small hamlet was visited several times by General Lafayette. He mentioned that the area reminded him of the French seaport, Le Havre. Hence, our town derived its lovely name “Harbor of Grace”. The town was incorporated in 1785.

You will experience museums devoted to celebrating our Waterman’s way of life. Those with an eye for architecture will appreciate the many fine Victorian homes here. In 1791, Havre De Grace narrowly lost out to Washington, D.C., as the nation’s capitol. As a result of that near brush with fate, you will find many streets such as Union, Congress, Washington, Lafayette, Adams, etc. that bear the names of noble revolutionary leaders and ideals.

A scant few years later, during the War of 1812, the British again sailed up the Chesapeake Bay. After laying siege to Washington, D.C., burning the White House, and having been held at bay by the patriots in Baltimore, they proceeded to Havre De Grace. Most of the citizens fled in fear, but Lt. John O’Neill single-handedly defended the town. He was wounded, captured, and imprisoned on the British ship Maidstone. The town was sacked and burned, with only two houses and St. John’s Episcopal Church spared. O’Neill’s fifteen year old daughter, Matilda, pleaded with the Admiral of the Fleet for her father’s life. Admiral Cockburn was so impressed by the girl’s bravery that he released O’Neill unharmed, and rewarded Matilda by giving her his gold snuff box and sword.

One of the most famous horse race tracks, the Graw, was in operation from 1912 to 1950. In its heyday, trains brought passengers direct from the surrounding metropolitan areas, and the jockeys voted it the best track in the country. Today, it is home to the Maryland National Guard.
Havre De Grace is located in northeastern Maryland in Harford County at the confluence of the Susquehanna River and the Chesapeake Bay. Situated approximately 39 miles northeast of Baltimore and 45 miles south of Philadelphia, it is easily accessible from I-95, Via Exit 89, MD 155 and US 40. Havre De Grace is a wonderful place to visit. We know you’ll want to stay the weekend.

Bed & Breakfast Inns through out the town of Havre De Grace
The Currier House is located on 800 South Market Street, 1-800-827-2889/410-939-7886.
Spencer Silver Mansion is located on 200 South Union Avenue. This structure and the Seneca Mansion are two large scale historic houses built as private residences. Seneca Mansion is the only “High Victorian” stone mansion in the city. It contains numerous architectural embellishments such as a two-storied bay window, a tower, four gables, a dormer and a variety of window shapes and placements. 1-800-780-1485/410-939-1097.
The Vandiver Inn is located on 301 South Union Street, 1-800-245-1655 or 410-939-5200.
The Old Chesapeake Hotel offers many beautiful guest suites. The Old Chesapeake Hotel is located on 400 North Union Avenue in Havre De Grace for more information call: 410-939-5440 or visit their web site:www.oldchesapeakehotel.com
These Bed & Breakfast Inns offer excellent accommodations and are within walking distance to Antique Row.

You will find many fine restaurants that offer fresh seafood. Ken’s Steak & Rib House provides casual dining in an elegant atmosphere. Ken’s is located on 400 North Union Avenue. For reservations call 410-939-5440.
Price’s Seafood is well known for their genuine steamed crabs and is located on 654 Water Street. Call ahead for reservations 410-939-2782.
Another town favorite is Coakley’s Pub located on 406 St. John Street. Where the crab cakes are famous! For reservations call 410-939-8888.
You’ll also find most of the fast food restaurants (McDonalds, Burger King, Pizza Hut, etc.) located on US 40.

Havre De Grace is visitor friendly and getting around town is quite simple. Visit any business in town and pick up a free copy of “Havre de Grace Magazine” (formerly Lockhouse to Lighthouse)…and all ’round town”, A Day Tripper’s Guide to Our Town, Havre De Grace, MD, it will help you to find the events of the season and also includes a detailed map of Havre de Grace.
Take time to visit the Discover Harford County Tourism for more information on events and happenings in the area. Website: www.harfordmd.com For information call: 1-800-597-2649/410-272-2325/410-575-7278.